This recipe is tried and true. I’ve made it a bazillion times. I made hundreds of these for my parents when I used to make freezer meals for them. It was one of their favorites as well!

I frequently make the entire “base” and then I just use half for the full recipe. I freeze the other half – and then I have it all ready to mix with the stuffing when I need a dinner in a hurry.

4 cups diced chicken (I typically use white meat – but if you buy rotisserie chickens and cut up the extras from a meal – this recipe is great for mixed meat as well.)

****NOTE******* here in the south – I know people who call rotisserie chicken ‘Funeral chicken’ as it’s something that people take to the house when a family member passes away. I kid you not. LOL

Mix the melted butter with the stuffing.

Bake, covered, at 350 for 30-35 minutes. Uncover, sprinkle with cheese, bake an additional 5-10 minutes or until cheese is melted.

NOTE**** I mix the soups, broth, and chicken together as if was making a full recipe. I then separate the soup/chicken mixture into 2 equal amounts. Half gets used right then, half goes into a freezer bag for later. Sometimes I add more chicken later (from frozen funeral chicken parts!) and or broth..

You can make this as dryer or more moist (we like it more “soupy”, based on how much broth you add. I always use one box of stuffing no matter if I’m making the WHOLE recipe or half.. Sounds crazy but it works.. 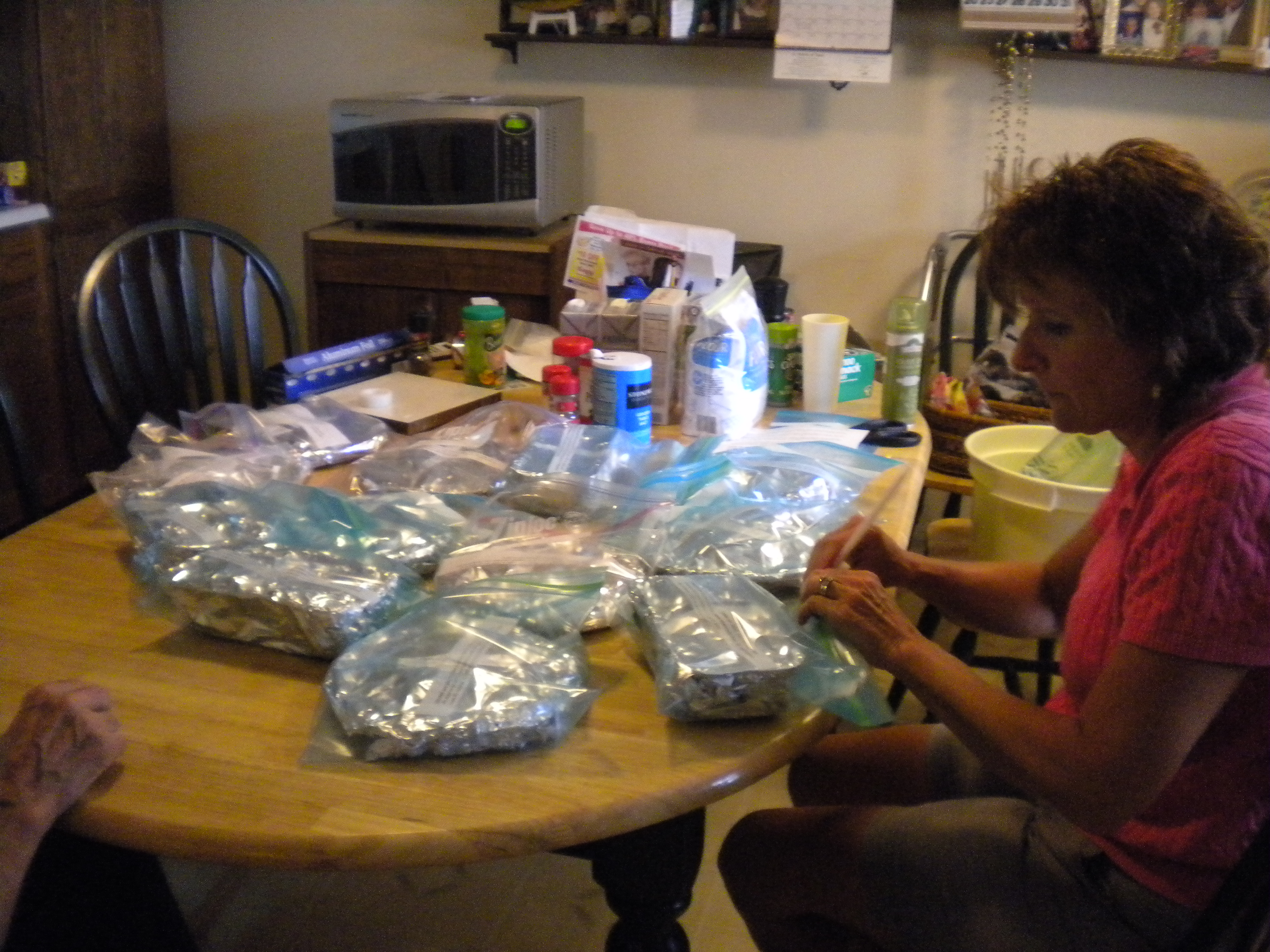 Sealing them up tightly! 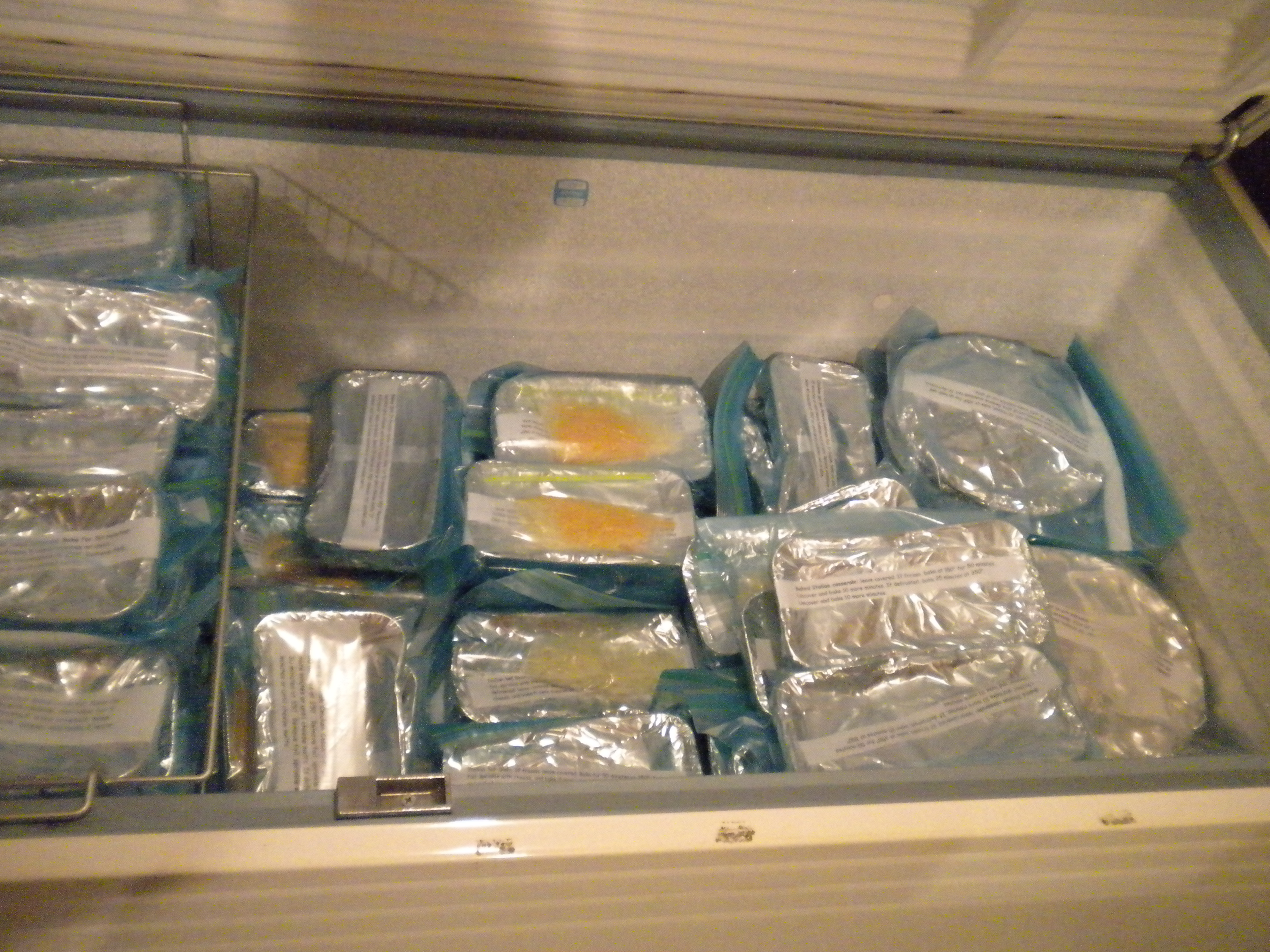 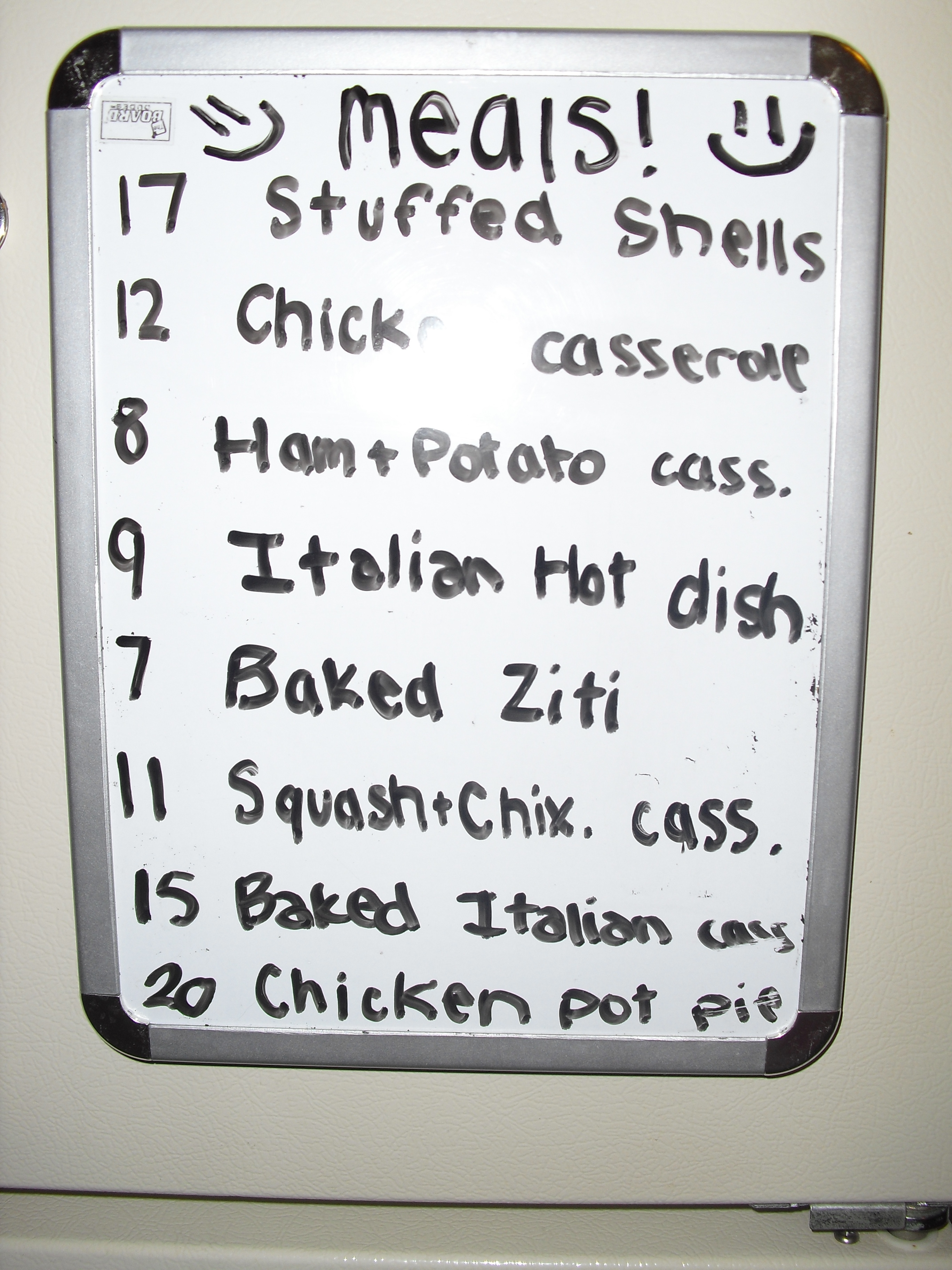